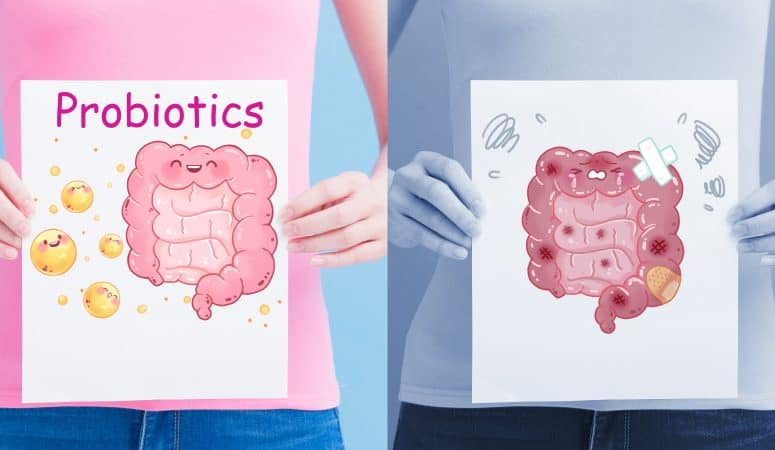 So this isn’t under the essential oil category, exactly, but your gut health and probiotic is so so important. And needs to be a regular part of your life. This is just a continuation of reaching towards natural health. And it is a pretty easy way also. Just remember to take your probiotic every morning.

I am going to show you what I think is the best probiotic and why I think that. And you can make your own decision from there. I am also going to do a quick discussion on the gut and why gut health is so important. I think all people should take a probiotic, even the little kiddos. It is just a way to better health for everyone.

The Gut and Overall Health

So I am doing some research just to make sure I do not tell you the correct information. Up to 80% of your immune system is located in your gut! This means, if your gut is unhealthy, you do not have much of a chance of fighting off sickness. So to have overall health, you need a healthy gut. This is where the gut health and probiotic come into play, but we will get there. Not that you won’t ever get sick, so go here to find out what essential oils to use for that.

Symptoms of an Unhealthy Gut

What are some symptoms of an unhealthy gut? First, obviously is all the upset stomach problems like gas, bloating, constipation, and other gross things like that. But also, you can have symptoms that you would not even know were related to the gut. Such as sugar cravings, so if your gut is not healthy, those bad bacteria in there need to be given sugar to keep growing, thus you crave the sugar.

Also, you can have tiredness, unexplained weight gain, and skin irritations. If you have any skin problems at all, such as eczema, it is probably directly related to the health of your gut. And there is even some evidence that food intolerances are caused by the bad bacteria in the gut. Your gut has problems digesting certain foods because it does not have the healthy balance of bacteria to break down the food.

And apparently, according to some of the reading I did. Professional athletes are starting to make sure their guy is healthy along with all the other healthy stuff they do because it helps them do their sport better. That is just crazy to me. The gut is becoming something that even athletes are looking at in their training regiments.

Why Many Probiotics Don’t Work

So the company I get my probiotic from is the essential oil company that I sell for. But it not necessarily the only place that you can get the best probiotic. It is definitely one of the places, though. Let me tell you why, in my opinion, it is the best form of probiotic.

So when you take a regular probiotic, that you would buy from the grocery store or drug store. It is usually in a capsule that, as soon as you swallow it, and it hits your stomach, it is completely dissolved by the stomach acid. Which means all the good bacteria that was in that capsule is then not protected from the stomach acid because the capsule was all dissolved. So then the good bacteria is all eaten up by the stomach acid also. This causes just a very little amount of that good bacteria to even make it to your digestive tract. It is like less than one percent of that bacteria making it to where it needs to go, the digestive tract. 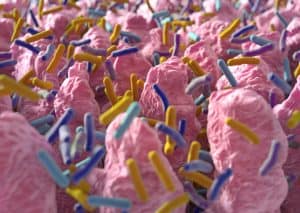 The kind of probiotic you need is one that is encapsulated within a capsule, so two capsules around the good bacteria. This way, you take the probiotic, and it hits the stomach. The stomach acid still dissolves the capsule, but it is the outside capsule. The inside capsule is still intact as it travels to your stomach and gets to the digestive tract. Hooray, most of the good bacteria is getting to where it can help instead of the less than one percent.

This is why I love this kind of probiotic. So when you pick out a probiotic to use, look for one that has two capsules around it. One capsule inside the other with the good bacteria in the second capsule.

Just Something to be on the Lookout For

This will go away as your gut gets healthier. Eventually the good and bad bacteria will get a nice balance. And then your gut will be healthy, and the bacteria will be living harmoniously. I just like to let you know this little fact so you do not give up on the probiotic before it has had a chance to do it’s job.

So it isn’t just adults that need a good probiotic,, the kiddos need one also. Think about how many stomach problems you can save your children if you can get their gut healthy and balanced at a young age? It is up to you when you want to start your kiddo on a gut health probiotic, but the company I sell for has a kid’s version that tastes just like a pixie stick, and has little tiny encapsulated capsule.

So think about using a probiotic for you and also your kiddo. And you can both have happier guts. 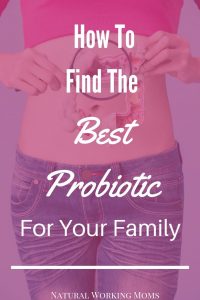 Vanessa is a Doctor of Pharmacy who champions natural health. She lives with her husband of 18 years as well as her 12 & 15 year old sons. She aspires to encourage moms on their journey to family wellness through holistic health and essential oils.
506 shares