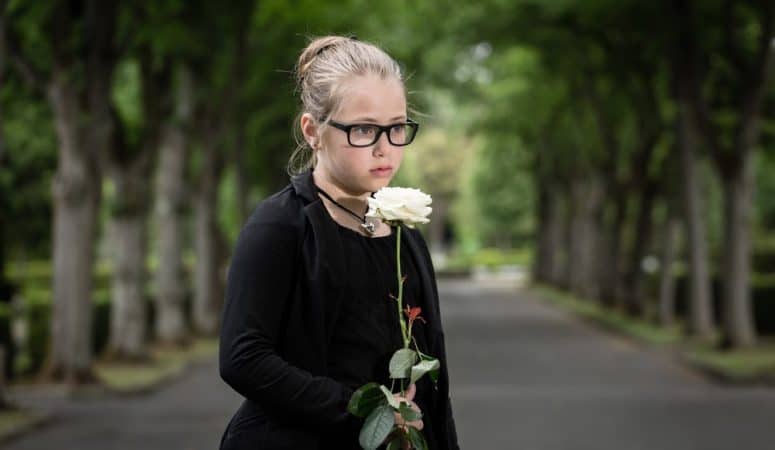 Death…I don’t even like to write that word. I don’t think anyone really does, but eventually everyone has to deal with it, including your kiddos. My grandpa died a few weeks ago and it was really hard helping my boys deal with the death of Grandpa. 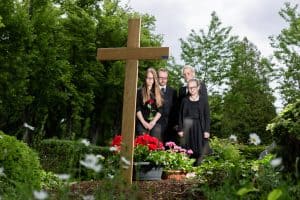 There were reasons why this was difficult. One was because I was also very sad about my grandpa dying. And two, I do not like going through all the sadness like my younger son does. He kind of likes to wallow, while I like to move on. So I did these three ways of helping them help them get through this. And the boys said it helped them feel better.

My grandpa was a great guy, as most grandpas are. He lived just up the street from me when I was growing up. And I knew he loved me, and I knew he loved my two boys. He was overjoyed when they were born. As my boys got older, he also got older. He would start to forget the boys’ names, he would be less interested in the boys’ chatter, and eventually, he was just sitting in a recliner most of the day, usually in pain. We were not really sure he knew what was going on.

So when he died, the adults in the family (like me), knew it was for the best, and he went to a better place. But, for kids in the family (like my boys), they did not understand this, and just knew that they could no longer see him. And they did not understand where he had gone. If you want some more understanding of grief with the death of a grandparent go read this post from an actual grief page.

So, as an adult, I understand that my grandpa was old, had lived a long life, and was ready to move on. My sons did not get this. As an adult, my thought was, it was their great-grandpa, and they did not even see him that much. They barely interacted with him, so I was not sure why are they were so sad by the death of grandpa.

But, here’s the thing, this is a man who has been around their whole entire lives. They do not care that he was their great-grandpa, and they don’t care that he had lived a very long life before they even came along. They just knew that someone that had been around since the beginning was someone no longer with us.

Please, please keep this in mind. Kids don’t understand age that well. They do not understand that people lived for years before them. Don’t brush off kids saying they are going to miss someone, just because that person was old and everyone eventually dies.

Most people believe there is something after death, some people believe it is heaven, nobody knows what there really is. So why not tell your kids that after the death of Grandpa, that he went to a better place where there is no pain. And he can do all the things he liked to do, like golf, run, and drive a car.

This made my boys feel better because, above all, they wanted my grandpa to be happy. They knew that he had not been happy towards the end of his life because he was in pain, and did not really respond to them when they tried to talk to him. You do not have to call it heaven if this is not something you believe in, but at least tell your kids that he is better now. And not suffering. 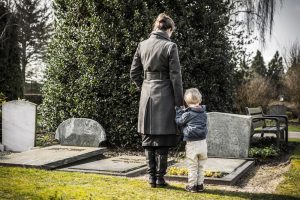 3. Make Sure Your Kids Get Closure

Now, this is the most important one of all. We all grieve differently, and we all get closure differently. My older son, just wanted to get through the funeral and move on. My younger son, wanted to cry for hours, and talk to grandpa. And what I mean by that, is he stood by my grandpa’s casket and talked to him and cried over him. This made me super uncomfortable, I do not like to be anywhere near a dead body, even if it was was my own grandpa. But I stood right by my son as he cried and talked because, sometimes, you need to be uncomfortable for your kids. If you want to read more about how I parent my boys differently, read this post.

My younger son also wanted pictures of him standing by grandpa in the casket. Do you know how creepy that is to have on my phone?? Pics of my dead grandpa. But my son wanted those pictures, and he likes to look at them. That is how he got closure. And if that is what helped him, then those pictures will be on my phone forever. We have also printed out a picture and put in a frame (this is the frame we got)!

Please, do not shush your kids, and don’t tell them to be quiet. Don’t tell them that most people don’t take pictures of the dead person.  Let them have their grief because everyone deserves their own time and own way to grieve no matter what age they are.

Vanessa is a Doctor of Pharmacy who champions natural health. She lives with her husband of 18 years as well as her 12 & 15 year old sons. She aspires to encourage moms on their journey to family wellness through holistic health and essential oils.
55 shares