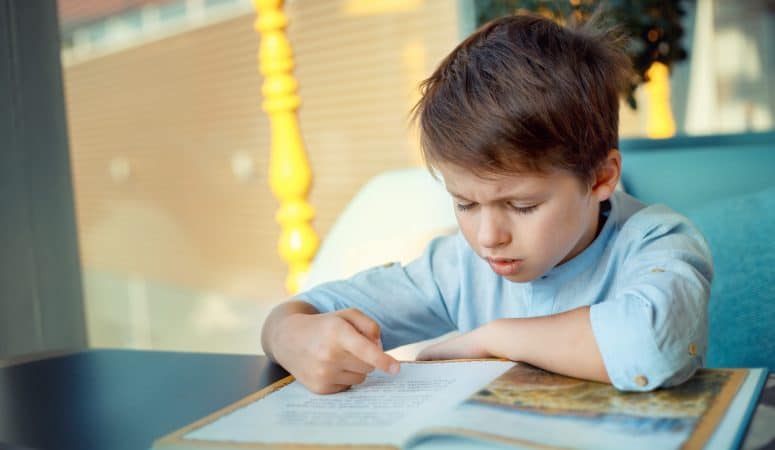 Both of my boys are amazing, but my youngest has had his IQ tested and is at a genius level. You might be thinking, hey this is good. But many times it is not good because he has so many difficulties living in this structured world. He is so smart and I am so proud of him, but let me tell you what I mean.

At school, he is bored and unfocused. He gets in trouble for not paying attention and for distracting other kids. If the teacher asks him the answer to whatever she is talking about, he will know, but the other kids around him might not. In activities, he doesn’t like the structure or being told what to do. He thinks that he knows a better way to do something, which is probably true. Please keep reading, and I will tell you my ways of parenting this kid who is a genius.

Advocate for your child

So my son has needs that are not being met by regular school activities. This really means he has special needs. So I have had to advocate for him at school. I have talked to his teacher every year and his principal. I have to verify that my child is not “normal,” he is smarter than all of the other kids. And he will be bored if they don’t give him special consideration.

Now, saying he is bored is almost a 4-letter word at a school because so many parents say their kid is bored in school. That their “little Jimmy” just knows too much, and he is not being challenged. For my son, it is legit true. I have to tell his teacher that it is not an attention seeking activity and he is not just misbehaving. They are legit, not teaching to his level. All of his teachers and his principal have been very understanding of this, and he has been going to the talented and gifted teacher, but if I had not said anything, or stood up for him, he would have been continued to be labeled as just a kid who doesn’t pay attention.

This Goes for Activities Also

I am very careful about what activities my son does. And I also discuss at length with him what he would like to do (because he is basically like talking to an adult, he has his own opinion and reasoning!). And if we find an activity that he would like to do, I have to talk to the teacher about how he is special, and may need a different form of teaching.

We have tried many different things. When we did gymnastics, the coach was not very firm with him so he made up his own routines. I thought they were good but the coach wanted him to do his boring stuff. That didn’t work out too well. When we tried swimming, the coach was very structured and yelled at the kids if they didn’t follow her exact rules. My son did not like being yelled at especially when he finds it difficult to follow exact directions because he has a way he thinks he can do it better. Now, we have done creative writing classes and drama classes, and these have gone well since he can put his own creativity into them and the teachers have always listened to his thoughts and ideas!

Let Them Be Creative 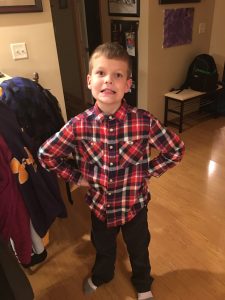 My son is crazy creative. He must just have tons of thoughts and ideas going around in his head all the time. When he was 4, he made an arcade in our living room with games that actually work. When he was 6 he wrote his first book and made copies of it to give to his friends. This year he made his own science fair project all by himself, that was a computer game that he made himself. He has his own computer now and enjoys making all of kinds of his own computer games that I don’t understand. He is so creative and such a genius that he has been doing things his whole life that I don’t understand. But I support him and his creativity.

Teach Them to be Polite

Sometimes kids that have a very high IQ come off as being rude to adults and other kids. I have had to really work with my son to make sure he remembers to say “Please” and “Thank You.” Also, to teach him that not everyone is as smart as him, and that he may never make anyone feel dumb. Just because he is smarter does not mean he is allowed to make other people feel bad.

I don’t write this to brag about my son. I write this so you know you are not alone.  We are all moms trying to raise our kids to the best of our ability. And if you have a genius like me, it can make it a little more difficult. We are in this together. 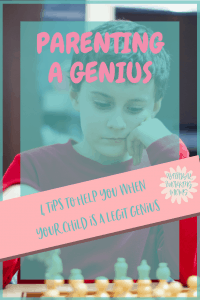 Vanessa is a Doctor of Pharmacy who champions natural health. She lives with her husband of 18 years as well as her 12 & 15 year old sons. She aspires to encourage moms on their journey to family wellness through holistic health and essential oils.
52 shares